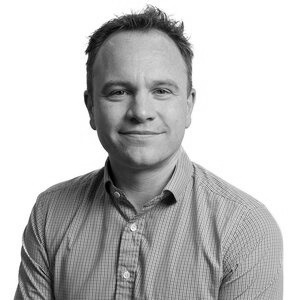 What is Thought Machine’s background?

Paul Taylor founded Thought Machine in 2014 to build modern cloud-based technology that enables banks to move away from legacy systems. We do this through Vault, our next-generation core banking platform. This core banking platform is cloud native – meaning it has been fundamentally designed & built for the cloud from the beginning. This brings greater flexibility, resilience and agility to users and clients of Vault, such as Lloyds Banking Group, SEB, Standard Chartered and Atom Bank. We now employ over 350 employees spread across our London HQ and Singapore office.

Â What’s your mission in the industry?

I wanted to bring the same cloud technology and engineering culture I experienced at Google to solve the biggest problem in banking: reliance on legacy IT infrastructure. Thought Machine’s core banking engine, Vault, was born in the spring of 2015 to liberate banks from these archaic systems. Our mission is to create the new foundations of banking built using modern, cloud native technology. As Thought Machine expands its reach internationally, we look forward to partnering with forward-looking financial institutions as they enter the cloud native era.

Why did you join BIAN?

We joined BIAN because we are united by a shared commitment to strengthening the foundations of banking through modern technology and best-in-class engineering practices. Thought Machine’s team is focused on aligning our core banking engine, Vault, to BIAN’s architecture standards, making it faster and easier for banks to integrate with Vault. We are so excited to be representing Thought Machine on BIAN’s Strategic Advisory Group, and look forward to working alongside BIAN’s members to promote modern technology in banking through a common architectural framework.

What direction do you see the industry heading in, over the next five years?

Cutting-edge technology was once a competitive edge in the world of banking, and today it is again since next generation systems are essential for banks to meet the demands of the 21st century customer. Established banks and challenger banks across the globe are under immense pressure to increase agility, scalability and improve customer experience. Over the next five years, both institutions, incumbents and new challengers, will move towards truly cloud native core banking technology in order to meet the demands of digitally empowered customers.